The Ranker is a listing of the top-performing digital audio stations and networks measured by the Webcast Metrics® audience measurement platform.  A review of the October data uncovered several interesting insights on the Latin America digital audio landscape, shared below.

The Average Active Sessions (AAS) in Colombia were highest on Thursdays

In Colombia, Average Active Sessions (AAS) were highest on Thursdays, with a total of 54,817 active sessions. 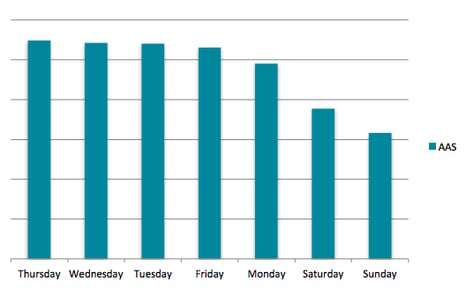 Weekday listening in Peru shows highest peak at 9:00 am

In Peru, midweek listening shows peak session starts occurring at 9:00am in October 2017. 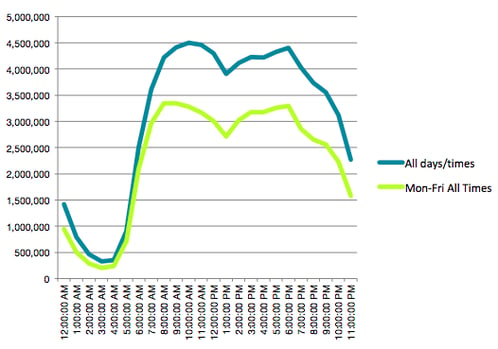 For the month of  October, the combined Average Time Spent Listening (ATSL) in Mexico was 24.6 minutes. 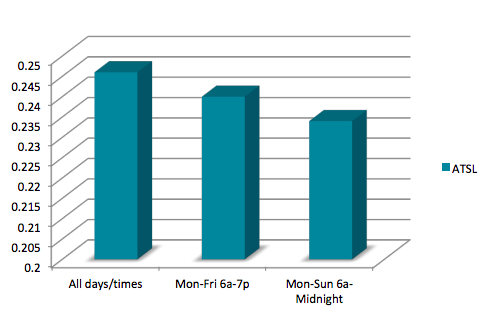 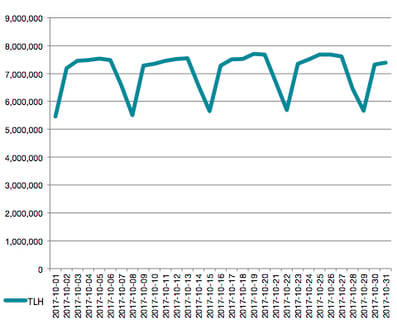